Bigga Rankin took his Street n Greet tour to Tallahassee and linked up with Who Got Juice for an artist competition. Ray Louchie outperformed the others and came out on top winning a mixtape hosted by none other than Bigga Rankin himself, today we are proud to deliver "Perfect Timing". Support this independent artist by sharing his tape and comments are always welcome.

[Mixtape] Nario Da Don - From My Point of View Reloaded 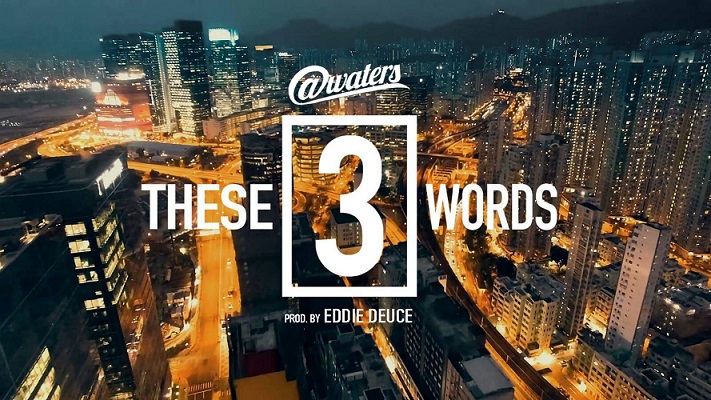 Atwaters is a hip hop artist from Gainesville, Florida who's astonishing stage presence has now been taken to South Korea. Through consistent performances as well as hosting
shows throughout Korea, Tokyo,Hong Kong, and the Phillipines he has become the artist to watch for in Southeast Asia.

Check out the new single "These 3 Words", beautifully shot in Hong Kong, which shows Atwaters enjoying the local scene while letting off rapid flows over an Eddie Deuce produced track sampling the classic song of the same title by Stevie Wonder.

With clever concepts and extensive versatility over infrequent beats,
Atwaters is sure to bring a new ingredient to the table while simultaneously
gaining acclaim from new audiences,
throughout the international scene. 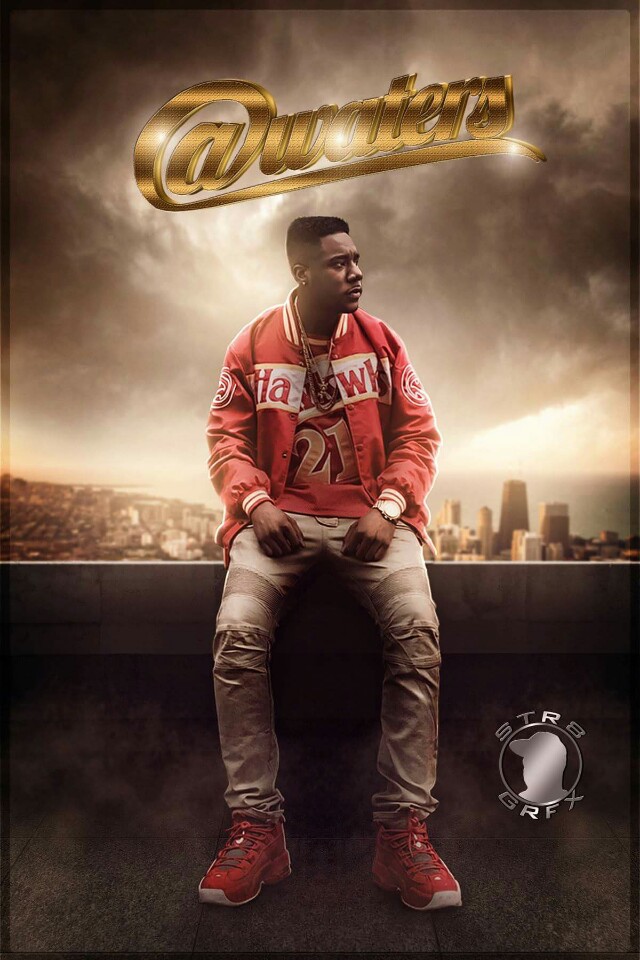 Posted by The Grynd Report at 4:59 PM No comments:

NEW MIXTAPE SERIES TO BREAK NEW MUSIC & BREAK NEW UP & COMING ARTISTS TO GIVE THEM MORE EXPOSURE TO THE INTERNET& THE STREETS.

Bigga is Betta is back with the 6th volume of the groundbreaking/record breaking mixtape series that continues to put the spotlight on independent artists across the country. There are a few records on this project that are already getting radio spins and clubs spins, but as always we want to bring it to the hands of the people that matter the most, the fans. We are here to help artists break barriers and get heard, so as always press play and checkout some of the current records that made the cut for our latest volume. Support and Feedback is greatly appreciated.

Posted by Bigga Rankin at 3:47 PM No comments:

Mookie Mardi Gra is back keeping good on his promise to keep the music coming. This time he brought in artist Blac Youngsta for track "Rock Solid" prod by J Reid. Feedback and Support appreciated.

YNFA ( Ya Next Favorite Artist) is Yung Juko's Debut Mixtape Hosted by Bigga Rankin. With his unique style a mixture of R & B and Hip Hop Yung Juko puts his heart into every song singing about the struggle and life situations that many can relate to. Featured on The Mixtape is his Hit singles Trust Nobody, Learn From The Streets, and Pray For Me.

Checkout The "Trust Nobody" Video It's no secret that Broward County, Florida artist JOHNNY OZ buzz has been growing like crazy. After coming off a tour with YG & Lil Durk, the entire country is starting to pay attention to him along with other artists from Broward such as Kodak Black, XXXTentacion, Koly P, & Ace Hood. Here is his new single AMIGO which is sure to be one of the hottest songs of the Spring & Summer 17! @johnnyozmusic may be Florida's next star! Follow him now.

Posted by The Grynd Report at 10:09 AM No comments:

Atlanta, GA; Duct Tape Infinity's, very own Big Bank aka "GATEWAY TO THE STREETS" formerly known as Big Bank Black is coming at the hip-hop world as hard as crack did when it hit in the 80's. Linking up with Good Life Music Group and adding more people to his team has proven to be a smart business move because it allows Big Bank to keep his focus, ON THE MUSIC. Within the first 2 months of 2017 he has already released a solo track titled "I Did It" and "No Love" featuring artist Law. Funny thing is nobody anticipated his next release to be done so quick and in a fashion reserved for major artists. Normally artists do a “coming soon” campaign or build anticipation another way when prepping to release new tracks, especially independent artists, but Wheezy, whom is the producer of "25 Squares" posted the record featuring Future and Big Bank on his SoundCloud page officially taking over hip hop blogs and dj databases. The blogs are asking “is this a new record”, “where did this come from”, among various other questions. Our team sat back and allowed the music to do the talking, but to make things official we decided now is the perfect time to answer a few questions being asked by major blogsites, as well as to put the word out that Big Bank is not going to slow down anytime soon. This melodic trap record took what Big Bank does best; which is, in your face, cut throat, real-life lyrics, mixed it with Future's laid back delivery and created a track that we will be hearing a lot more of. Wheezy is best known for his works with other major artists, but little did he know when creating this track that Big Bank featuring Future would be the track that tastemakers, djs, bloggers, and fans were going to create a demand for. A brand-new record, done by two of Atlanta’s homegrown, same city powerhouses, and a super-talented producer to round out the sound…we present to you “25 Squares”. A real hustler knows that you never let your right hand know what your left hand is doing, so just when you think you have this artist figured out, he just might surprise you with what he does next.

Platinum House Ent releases hit single "Spacey Shyt" by Artist Zoe Diddie. This infectious single is off his debut mixtape "Lavi" which is available via #MyMixtapez. "Spacey Shit" has a different but crunk vibe to it. With a catchy hook and a interesting bounce, Zoe gives you a tour of his extravagant life style in this song. Check it out and stay tuned for the music video which is on the way.

Ali Bey drops his new single "Straight Cash Homie". This is the new record to his up and coming album coming soon with Toronto producer Miles Jones.
CLICK HERE TO PURCHASE ON ITUNES

CLICK HERE TO STREAM SONG
Posted by The Grynd Report at 6:21 PM No comments:

​TampaMystic drops the first edition of her Top Priority mixtape series. This compilation is dedicated to the priority artists of Team Bigga Rankin and it's members. Check out some of the hottest independent artists all on one project.

"Manure Money" is yet another one of my unique albums. It expresses how i live and the gritty street life Louisville, KY. This album is filled with ENERGY, from club bangers to street anthems. This particular sound is very melodical, with variation of styles to where you just have to like something. i come with a new sound to the game that is so vibrant it's bone chilling. enjoy one of the newest swaggs in the game "Q'balla".

"Platinum Tho" it means taking any situation, doing it the best you can the right way. Dow Bank$ is artist that demands loyalty and credibility. Dow Bank$ wrote the song while he was in Tennessee working on business ventures in January 2015. While in Tennessee producers EhpBeats & Gsounds from Columbia,Tn produced the instrumental for the record. Dow Bank$ recorded the song in March of 2015, at Solar Sound Studios, an Executive studio engineered by Vance Vision in Atlanta,GA. Dow Bank$ kicked 2017 off in early January by investing in director Masart Films for the visual. This single "Platinum Tho" is only one hit of many more to come. "Productivity is the goal when producing a product, music included" - Dow Bank$ Invested.
Click [Here] To Stream/Download
Connect w/ Dow Bank$: Twitter: @DowBanks Instagram: DowBanks, Facebook: @DowBanks, Snapchat: @D_Bank$
Posted by Bigga Rankin at 10:19 AM No comments:

Dymond Myndz Ent releases hit single "Work" by young rap duo L.N.F. Track is produced by Cash Ap and video is underway. Keep your ears glued to the street for more from L.N.F.

Rich Thug Entertainment drops their latest video "Stayed Down Til I Came Up" featuring the streets A&R Bigga Rankin. This is the first visual off of their upcoming self-titled mixtape, which drops Wednesday March 1st. Support RTE by watching their video, sharing it on your social media / blog sites, and downloading their mixtape when it drops. Visuals By: @OMGItsKiddFresh Connect w/ Rich Thug ENT: Facebook: https://www.facebook.com/RichThugEntertainment941 Instagram: RichThug Twitter: @RichThugEnt941 Booking Information: WhyteGurlPromo@Gmail.com
Posted by Bigga Rankin at 6:08 AM No comments: