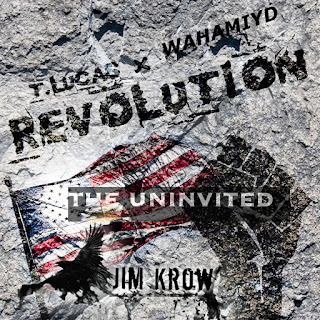 Jim Krow is a Hip-Hop group from the DMV consisting of rappers T.Lucas, Adam Ale, Wahamiyd, Kang Cole and producer Da Guvna. They have a new album out entitled The Uninvited and they also have released a music video for the lead single “Revolution” that features T.Lucas and Wahamiyd.